Serviceberry – or is it Saskatoon?

Serviceberry (Amelanchier alnifolia) is a widespread shrub and member of the Rose Family found on both sides of the Cascades in Washington, with a range that extends from Alaska to California and east to the Dakotas and New Mexico.  Its common names are many, perhaps owing to its wide distribution: Saskatoon, sarvisberry, Juneberry, shadbush, pigeon berry and, a favorite of mine, chuckley pear. A. alnifolia is one of at least 14 species occurring in North America, with most found east of the Rocky Mountains, and one of two in Washington.  The other species, the Utah serviceberry (A. utahensis), occurs rarely in eastern Washington, more typically found in the Rockies and Great Basin; it is more drought-tolerant and a bit shorter. Our species, the western serviceberry, is a multi-stemmed shrub to small tree.  It can reach over 18 feet tall but typically is in the 6-12’ range.  It is one of the first shrubs to bloom in the spring, the bushes being covered with fragrant white flowers in April in the Wenatchee Valley.  The fruits follow, purple to black in color, shaped like little apples and the size of large peas.  Because serviceberry regularly produces abundant fruit crops it is a prime food source for many birds, as well as bears.  The bushes are also a preferred winter browse for native ungulates and cattle. People have enjoyed serviceberry fruits for millennia.  For Native Americans across the continent it was one of the most widely used fruits, being gathered in such quantities that the fruits were often dried for later use.  In the Interior Northwest up to eight different varieties were recognized, based on flowering time and the size, texture and sweetness of the fruit.  Botanists identify at least five varieties in the state. Our main species, Amelanchier alnifolia, has been used in breeding programs to develop horticultural varieties, or cultivars, which have larger and sweeter fruits and heavier crops. Over 26 cultivars have been developed to date, with A. alnifolia being the only or principal parent.  Most of the breeding has been done in the Canadian prairie provinces of Manitoba, Saskatchewan and Alberta, aiming to produce a fruit crop that can withstand extremely cold winters and late spring frosts.  The resulting fruits are as sweet or more as our native species, with fruits that are up to three times as large. The serviceberry bushes themselves are attractive, easy care ornamentals: no sprays, minimal or no pruning, good yellow fall color and they flower heavily and regularly, especially with the eastern Washington ecotypes.  Look for it blooming soon!

Got room for one (or more)?

Serviceberry in a Peshastin yard 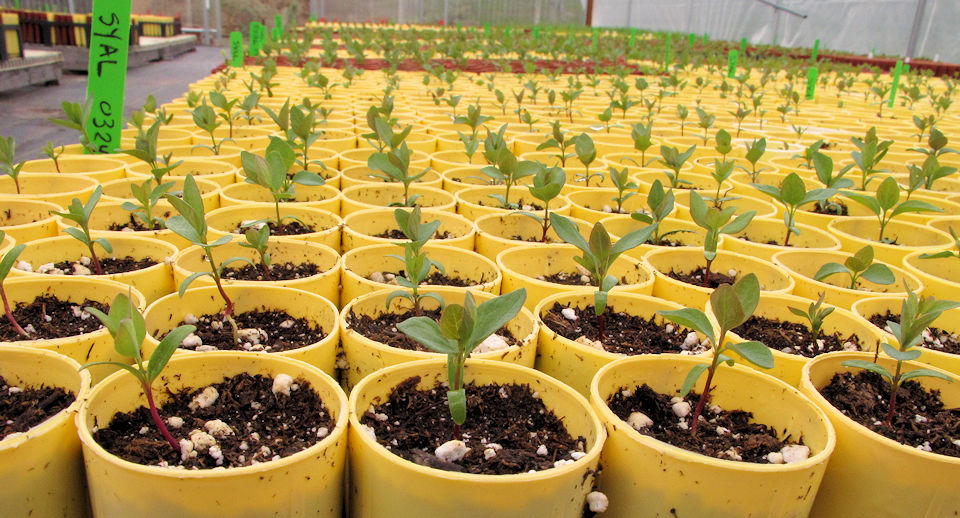 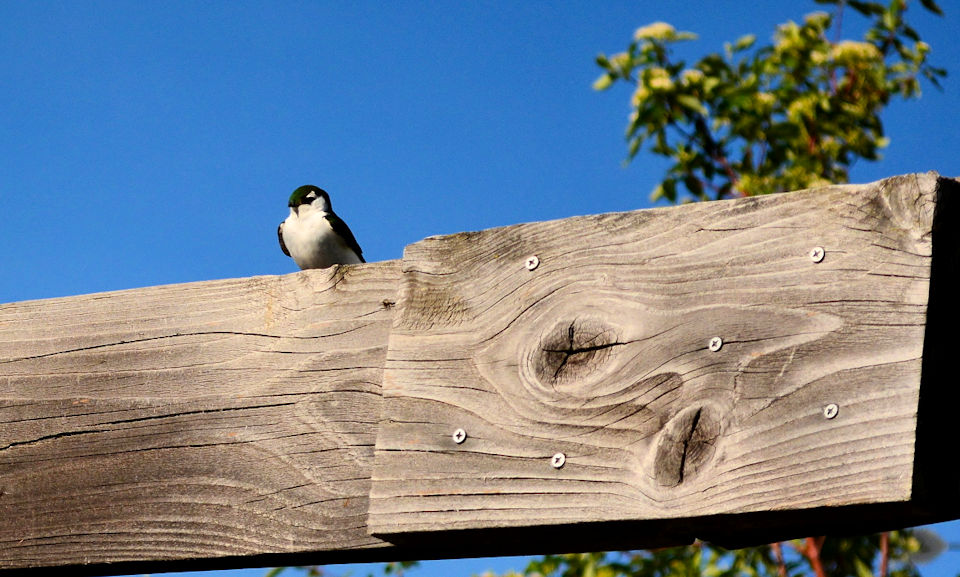