Retail sales are Fridays 9-5 and Saturdays 8-12, through June 5th.  Sales are by pre-order only for pickup at the nursery entrance.  Place your order by text or email during the week prior to pickup.

In the past year disturbing news has emerged about the decline of insect populations around the world.  Many of us are aware of the falling numbers of some larger or more charismatic species, including the monarch butterfly or the rusty-patched bumblebee, a candidate for listing as an Endangered Species.  What I hadn’t realized was that this decline appears to include many more insects, both in the number of species and the their total biomass, and is occurring in varied ecosystems on many continents. 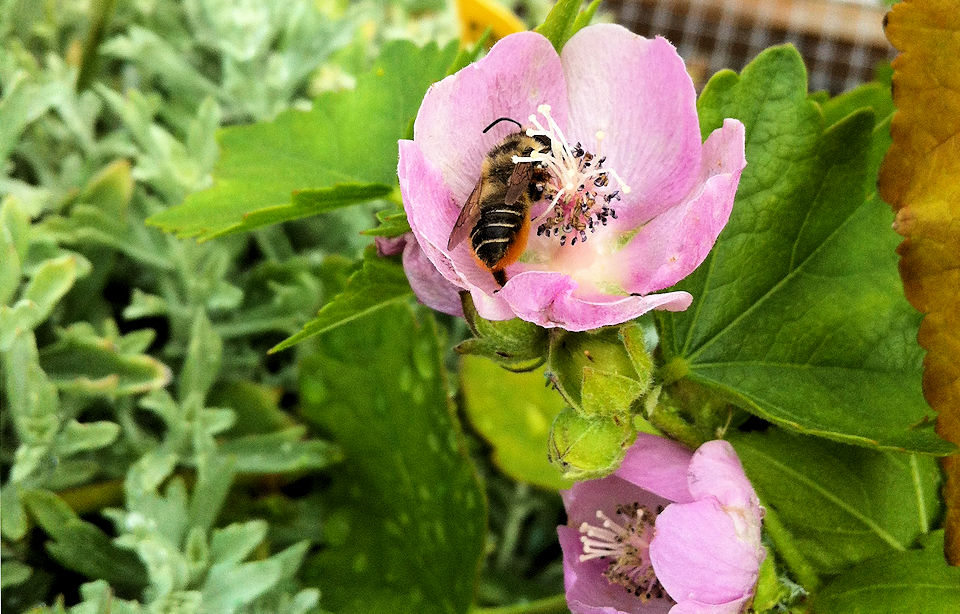 Leafcutter bee in Oregon checkermallow (Sidalcea oregana) in the nursery

You can’t tell if numbers are down unless you have measurements from earlier times.  Fortunately, there are insect counts from European sites from 25, 50 and even 100 years ago for comparison.  These revealed large reductions in both diversity and volume, with the greatest drops in the past 30 years.  These unexpected findings led to investigations on other continents and in the tropics and the same story was often repeated. 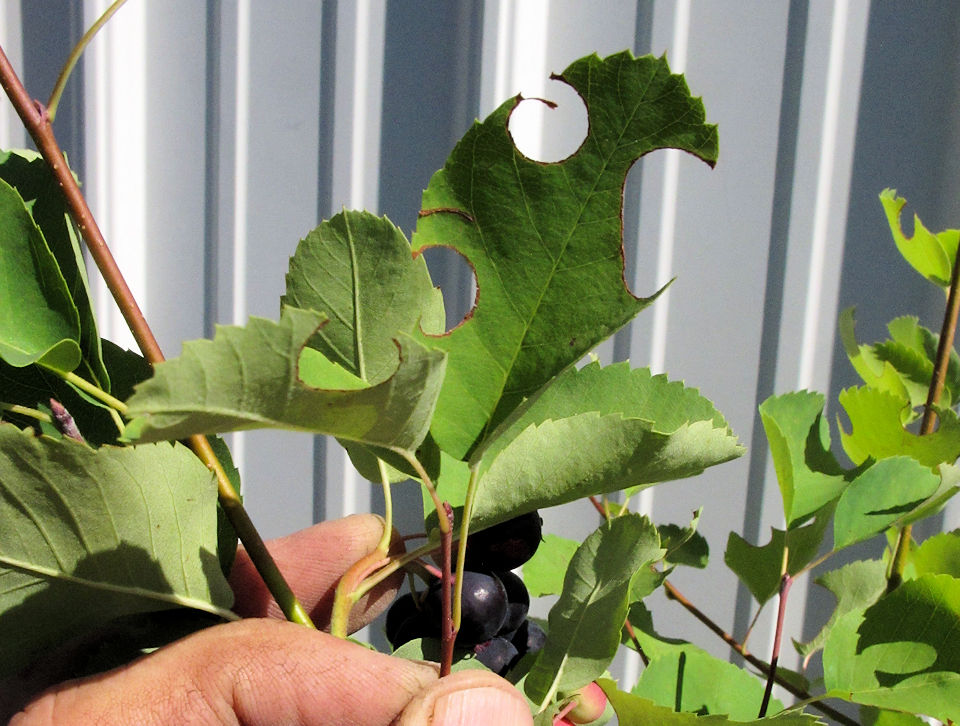 Insects are a foundation of most terrestrial ecosystems, filling diverse niches and serving as food, predators, recyclers and pollinators.  Changes in insect populations canlead to changes in most everything else: plants, fish, reptiles, amphibians, birds, mammals…and us.

What’s going on?  Many factors contribute to this decline, the particulars varying with the site.  Habitat loss, due to farming, housing, fire or other land use conversions, is a principal cause.  Pesticide use can be a factor, whether directly harming insects or removing their food sources.  As examples, neonicotinoid insecticides are implicated in losses of both native bees and honeybees, and the European Union voted to ban their use last year, and extensive herbicide use in farm country has reduced the milkweed populations that monarch butterflies depend on.   The overarching  Climate change is another, and growing, factor.  Our ecosystems are intricate creations that evolved with particular conditions, and those conditions are changing at an accelerating pace. Drier winters, hotter summers, heavier storms and other changes will impact insect growth and survival, creating a ripple effect throughout the ecosystem.

We can act, even on an individual level, to provide suitable habitat and native plants play a part in protecting the abundance and diversity of life.  Native plants and animals, including insects, have evolved intricate interrelationships and planting a diversity of natives helps all wildlife.  If possible, include in your landscape woody shrubs and trees as well as flowers and grasses.  Include wildflowers that provide blooms during summer and into the fall.  Even small planted areas are helpful, and the larger the better.  Limit or avoid insecticide use.  Where you can, let fallen leaves and dried stalks remain, have areas of dry and bare soil, and include downed wood, rocks and a water source or wet patch in the landscape, creating more diverse micro-habitats, nesting sites and refuges from heat, cold and predation. 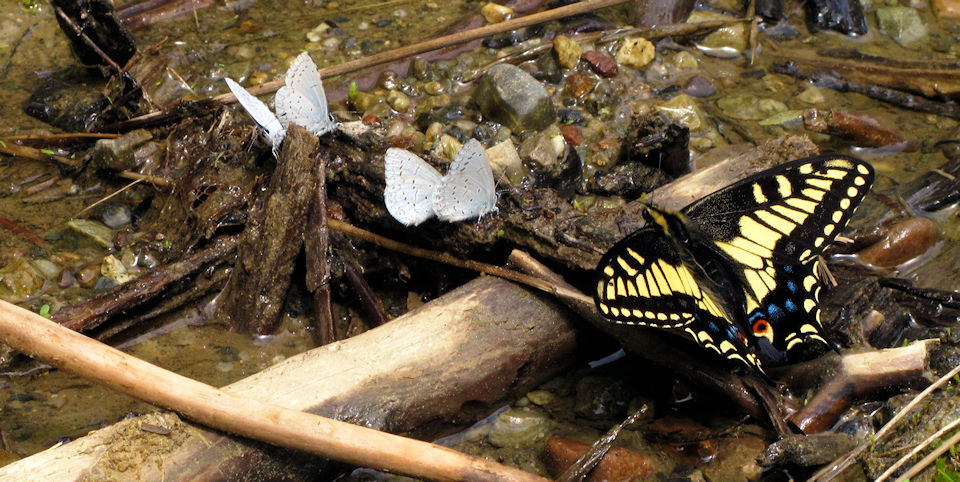 Anise swallowtail and Western tailed blues in a wet spot 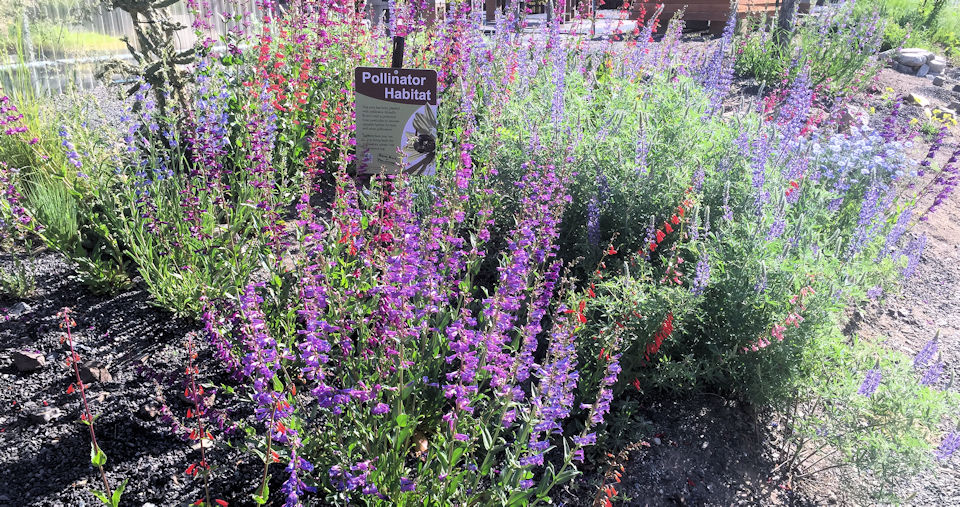 The word “apocalypse” is being used with regard to the insect population declines; that probably overstates the situation but does get many of us to pay attention and, hopefully, act.

To learn more, there is this article in the New York Times:

More recently, in The Atlantic:

For me, the best site to keep up on invertebrates in our world and why they matter: The Xerces Society, based in Portland, OR.    http://xerces.org 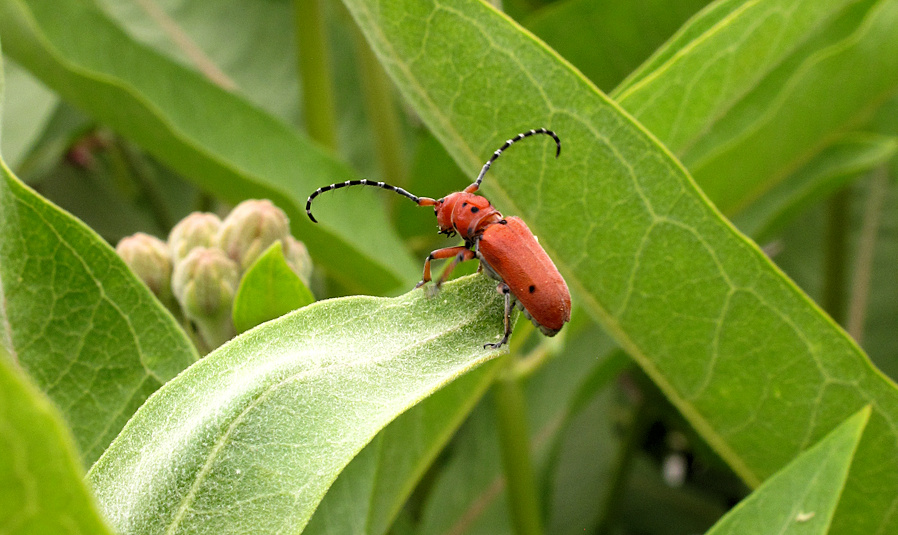 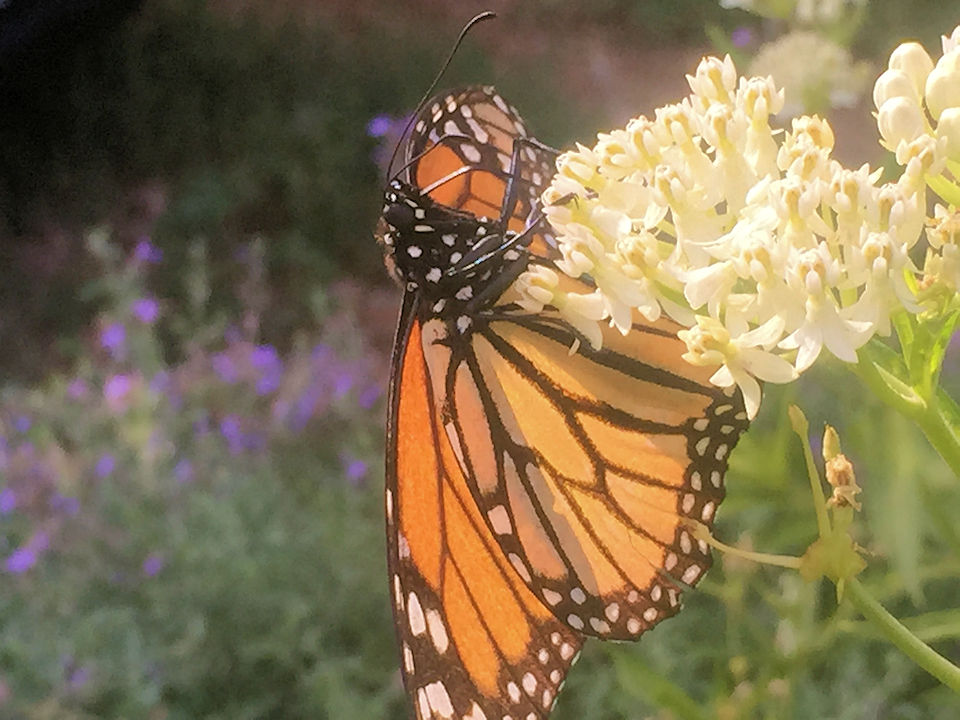 One of the last monarch butterflies I saw in Peshastin (August 2016), on swamp milkweed (Asclepias incarnata)